Handyman’s Secret Joy,
Kayley Gunner, Jessy Jones,
[Brazzers] While Jessy Jones’ wife likes to give him shit for being lazy, his visiting sister-in-law, Kayley Gunner, loves the attention she gets from him, his eyes unable to resist checking out her hot body. Kayley sends Jessy a sneaky pussy pic, motivating him to retreat to his workshop to build a contraption to fuck (since he’s not getting any sex from his wife), using Kayley’s pic as inspiration. When Jessy’s prototype is complete he gives it a go, and wouldn’t you know it, it feels almost as good as the real thing… almost. A curious Kayley peeps on Jessy and when the embarrassed husband catches her, she approaches him for a closer look at his latest creation before giving him something better to fuck: her sweet wet pussy! 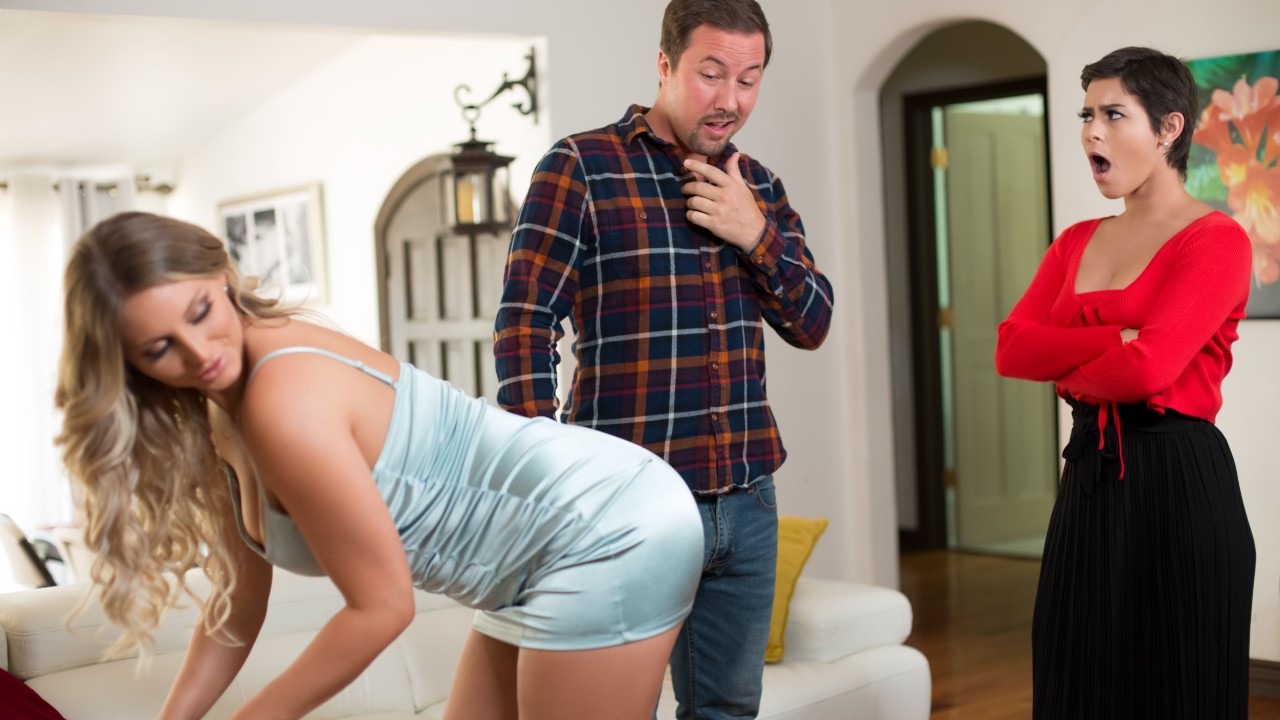