Big Titty Tutor,
Barbie Crystal, Steve Holmes,
[Brazzers] Busty cutie Barbie Crystal has her hands full tutoring one of her college peers, especially since he keeps getting distrated by her big tits. Her classmate’s pervy father (Steve Holmes) is also hanging around and he too can’t get enough of Barbie’s boobs. When his son has to leave the room for a bit, Steve takes his shot, flirting with the receptive Barbie and taking out his dick. It’s not what she expected, but Barbie isn’t going to turn down a hard cock and decides to go down on the older man. But before Steve gets to see her pussy, Barbie shows off some tit-based skills of hers, including a hot titty fuck. 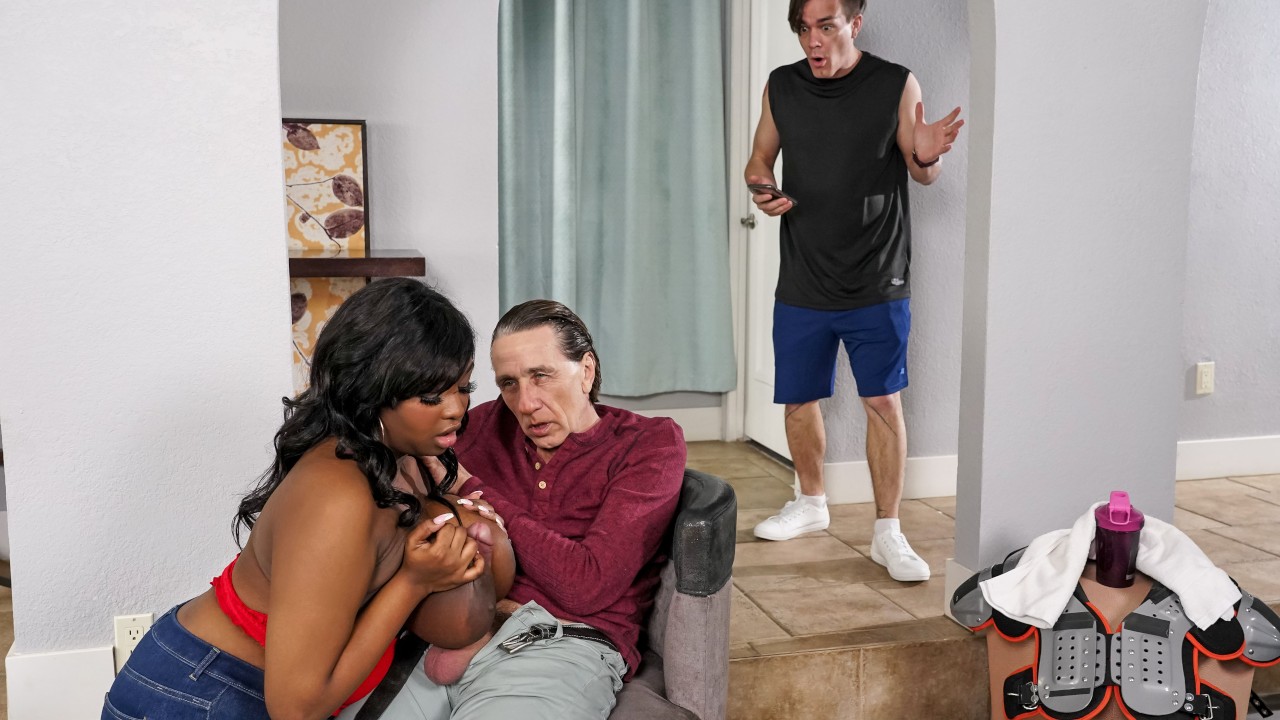